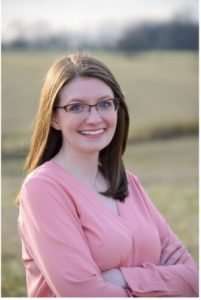 By Jessica Varney, Executive Assistant to the Administrator, Pickens County

“Are you thinking about killing yourself?” This question may seem inappropriate or uncomfortable to you (and a shocking way to begin an article in a newsletter); however, asking this difficult question has the potential to save a life. Studies show that the question itself does not increase suicides or suicidal thoughts. Experts in the field of mental health recommend asking directly about suicide. Put another way, if you’ve noticed warning signs, don’t ignore them.   Caring enough to ask and being prepared to connect the individual with the proper care can make a big difference. The question is, what care options are available?

Identifying resources, gaps, and opportunities in our crisis care system is one of the objectives of the Crisis Intercept Map process. The Substance Abuse and Mental Health Services Administration (SAMHSA), a federal agency under the U.S. Department of Health and Human Services, and its Service Members, Veterans, and Families (SMVF) Technical Assistance (TA) Center at Policy Research Associates, Inc. designed and developed the Crisis Intercept Mapping process for SMVF Suicide Prevention to help communities strengthen the delivery of evidence-based suicide prevention policies and practices during the time period surrounding an episode of acute care when the risk of suicide is higher.  Pickens County has been selected as one of 10 sites from across the country to participate in SAMHSA’s SMVF TA Center’s Crisis Intercept Mapping project this spring and is the first county in South Carolina to be chosen.

Within a community crisis system, there are four key “intercept points” that provide opportunities for diverting at-risk SMVF to appropriate and effective prevention and support services: First Contact, Acute Care, Care Transitions, and Ongoing Treatment and Recovery Support. Most military veterans do not receive health care through the VA system and instead seek care in community care settings. Unfortunately, many community providers do not consider themselves culturally competent about military and veteran populations. This program seeks to strengthen the partnerships among military and civilian stakeholders for optimal crisis care coordination between various services. Our CIM team is looking forward to seeing the completed Crisis Intercept Map for our community and how we will collaboratively implement our plan moving forward.

While the Crisis Intercept Map is focused on suicide prevention among SMVF, I am hopeful the progress made through this initiative will make our County even more prepared to address the need for suicide prevention for all of our citizens. Additionally, my very involvement in the SMVF CIM for suicide prevention is a testament to the fact that everyone can be part of the solution to the problem of suicide. I do not have a military background, and I do not have a medical background. Yet, here I am serving as the team lead for this project. I’m just a person who cares, and lots of caring people are needed to bridge these gaps and reach the people who are hurting or lonely. I invite you to access the resources available online from the SCDMH Office of Suicide Prevention, SAMHSA, NAMI, or other trusted sources to educate yourself so that you can also be an advocate for suicide prevention. Everyone has a role to play in preventing suicides. You don’t have to be an expert. You just have to care.